skip to main | skip to sidebar

The Friends of Kent Library would like to extend an enthusiastic and warm welcome to Sharon Dirac, who has recently joined our Board of Directors. Welcome Sharon!
Posted by bookworm at 7:16 PM

Reflections on Art in the Kent Library

The Friends of the Kent Library in conjunction with Arts on the Lake and Director of the Kent Library are sponsoring ongoing exhibits throughout the year with one-artist shows. The artists alternate monthly so that the patrons of the library have an ever-changing exhibit. This brings a wide variety of artists to the library, and also gives the artists an opportunity to have a one-person show with exposure to the 300 daily visitors to the library. The exhibits are placed on the wall next to the genealogy room and change at the beginning of each month There are currently three groups that are based at Arts on the Lake in Kent that supply artists-The Reflectionist artists, the Visual Arts Committee, and The Photography Group. These groups rotate and the artists are picked randomly.

The Visual Arts Committee is the large Arts on the Lake committee for all visual artists members, Painters, sculptors, photographers and all other mediums. They have several large group shows a year and sponsor special show such as the High School students show.

The photograpy group is a newly formed group for professional and amateur photographers who are will begin showing at the library next year.

Due to COVID-19 concerns, the Kent Public Library building remains CLOSED. Curbside pickup has begun! Please note all fines accrued on overdue items will be waived through the end of August. THE FRIENDS WILL NOT BE ACCEPTING BOOK DONATIONS WHILE THE LIBRARY REMAINS CLOSED.
Please stay safe. 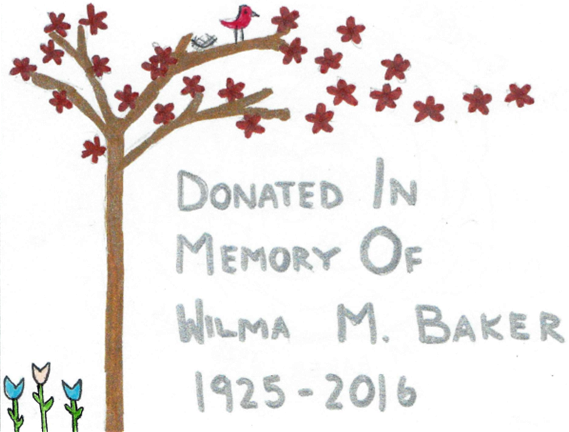 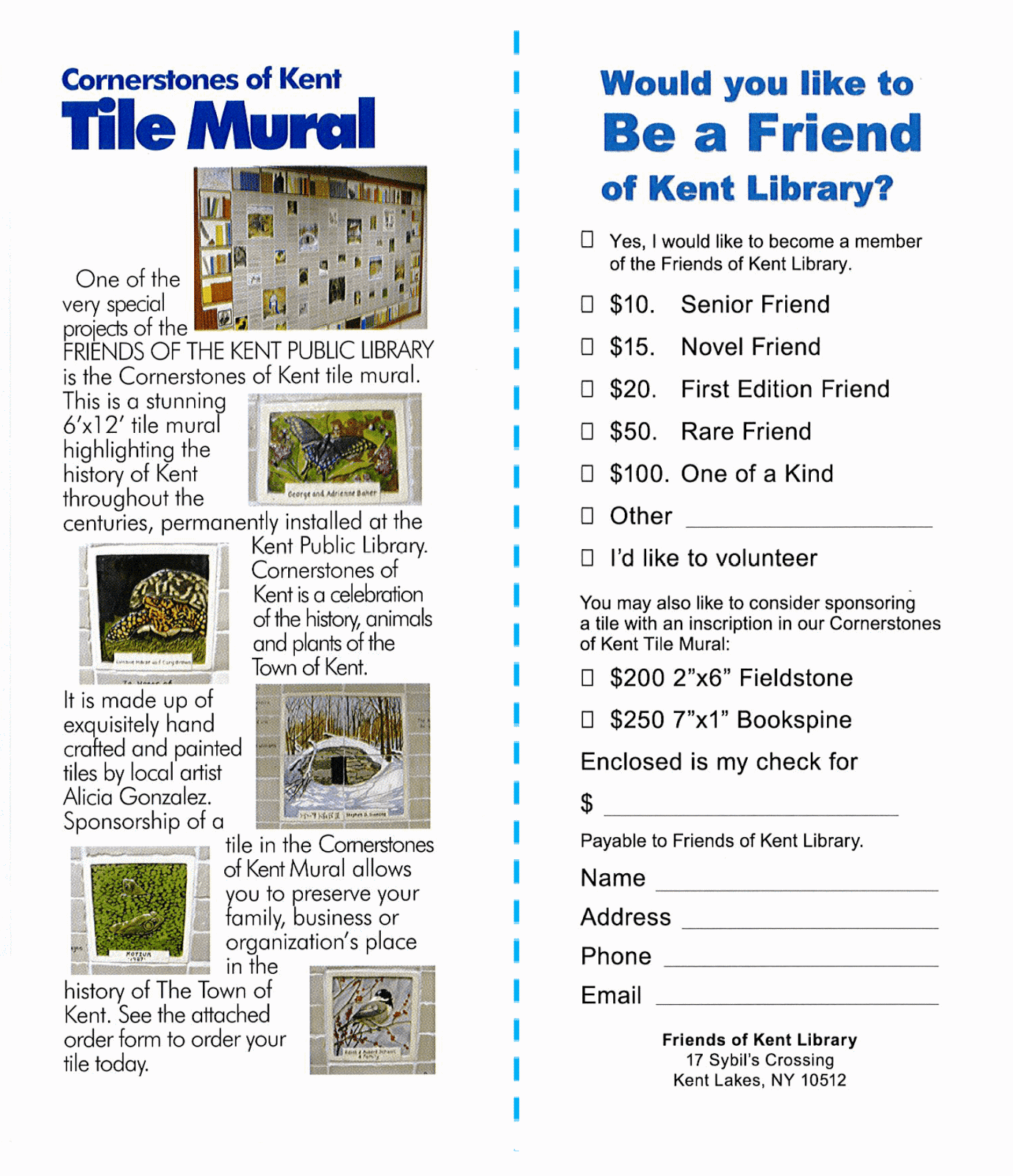 ACCEPTING DONATIONS
Please check out our Book Donation Guidelines before dropping off materials.
Thank you for your support!

Question? Suggestion? Have something you'd like included? Click here to send us an e-mail.
Friends Art Director
Jeanette Rodriguez
917-417-6631
visualartskent@gmail.com

About Friends of Kent Library

Friends of the Kent Library is a volunteer group organized to benefit our library by raising extra funds. In the old facility, the Friends organized the Book Barn on the library lawn. Now, the Friends have their own book sale room in the new library facility.
One meeting is held annually for members, and four meetings annually for board members, to which all members are invited.
The Friends would be delighted to welcome you as a member. Your membership will benefit the community. Brochures are available at the circulation desk.

Dues for individual membership - $10 per year